First times are some my favorite parts of fanfic, because there is so much emotion that can be caught up in that moment and it can reveal so much about how these characters feel about each other. And lucky for us, there is a plethora of amazing fanfic written which explores all the many possibilities for Harry and Draco's first time.

The possibilities illustrated in these fics are really quite varied. Some first times take place during Hogwarts, some afterwards, some fics start with them already in a relationship and some don't, and a variety of acts are considered 'first time sex' - it doesn't always have to be full penetration.

But I did have some requirements to narrow this set down to a reasonable size!

These fics all feature:

Slip Into My Lover's Hands by

This gets first time sex so right. First times should be awkward. And slightly embarrassing. And if the two people involved care about each other, should be hesitant and careful and intense and meaningful too. And oh boy, does this fic ever deliver all of those things! Draco and Harry have been in a relationship for a little while now, and have planned this, but Draco can barely even talk about what they're going to do. And Harry is willing to do whatever it takes to put Draco at ease, even if it means putting this off for another time.
And amid all the nervousness and reassurance (and all of the delightfully detailed fingering!) we see who these characters are and how they must feel about each other, because of how they act, not just what they say. It's all so wonderful and natural and realistic and incredibly freaking hot!

Sealed with a Kiss by

faithwood ( NC-17 | 48,500 ) 1-Dec-2009
Summary: Harry Potter will fall in love with the first person who kisses him. Draco knows what he must do. A Christmassy Hogwarts kissy fic, this. An eighth year fic.

Lovely story. The plot works well, and it's sweet and hot at the same time. Draco's grand gesture at the end is so romantic, and the first time they make love, it's awkward and embarrassing and endearing :)

O Sinners, Let's Go Down by

birdsofshore ( NC-17 | 32,000 ) 11-Jul-2015
Summary: It seemed like such a straightforward plan ‒ a trip to Suffolk to research his mother's family tree and spend a few days relaxing by the seaside. Harry wasn't looking for anything more than that. He certainly wasn't looking for Draco Malfoy.

Wow this fic - so fascinating, and so hot! I really wasn't sure that I would love it, to be honest. I thought that Draco as a priest (deacon, actually) would be a hard sell or just unbelievable. (Note that I first read this when the author was still anon!) But birdsofshore really makes it work, giving plausible reasons why Draco would have thought to join the clergy and also come to feel trapped by it. And this fic is super hot too, my god!
The chemistry between Harry and Draco is off the charts. Draco has worked hard to find absolution and a place in this world, and it all gets upset when Harry stumbles across him working in a small church in Suffolk. We see Draco struggling so hard to rebury the physical needs he has denied for long, and the desires that seeing Harry has reignited. Harry is trying too - to understand this new Draco and figure out why he himself feels so lonely all the time. When the two of them finally do figure it out though, it's amazing. Fantastic fic, and lovely art by

And I've Never Told You Till Just Now by

pasdexcuses ( NC-17 | 9,000 ) 1-Jul-2011
Summary: Draco didn’t notice it suddenly, his desire for Potter. He didn’t wake up one day with the need to have his tongue down Potter’s throat or go in the shower to find that he liked wanking to Potter’s mouth. No, it started slow in his veins, pulsing through his body like a ghost. It crept into his sleep in the form of conversations and during the day as he looked forward to reading Potter’s wobbly handwriting when they weren’t actually talking face to face.

Very good, super sexy and hot awkward first-time sex! The prologue was written in a somewhat too poetic way, but once it got going, it was great. Great conversations about canon events felt natural and realistic, and they seemed very in character too. Draco's agonizing over whether to make a move on Potter is also on point. Their developing relationship and the sex both felt really right.

The Best Feeling In The World by

alovelycupoftea ( NC-17 | 3,500 ) 24-Jan-2010
Summary: For treacle_tartlet, as a thank you for her donation to the relief effort in Haiti. She likes fumbling first time sex, which is fabulous, because so do I! I hope this fits the bill...

Sweet and hot. Nice depiction of their first time.

I enjoyed this. It was actually really funny and cute and the sex was hot too, and also a bit awkward, as it should have been. I just would have wanted a bit more in the way of relationship development.

Waking Moments by JulietsEmoPhase ( NC-17 | 11,809 ) 15-May-2015
Summary: A series of snap shots, starting in their Eighth Year, that defines Harry and Draco's relationship from the moment of waking.

I *love* the 8th year parts, when Draco is tentatively putting the moves on Harry, and where they're figuring things out sexually. Some of the later bits as a couple are a bit too sappy and fluffy for me, but the beginning sexual explorations are very hot and awkward and terrific. 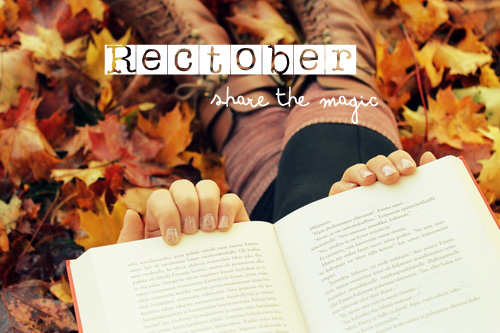 Posts from This Journal “rectober” Tag